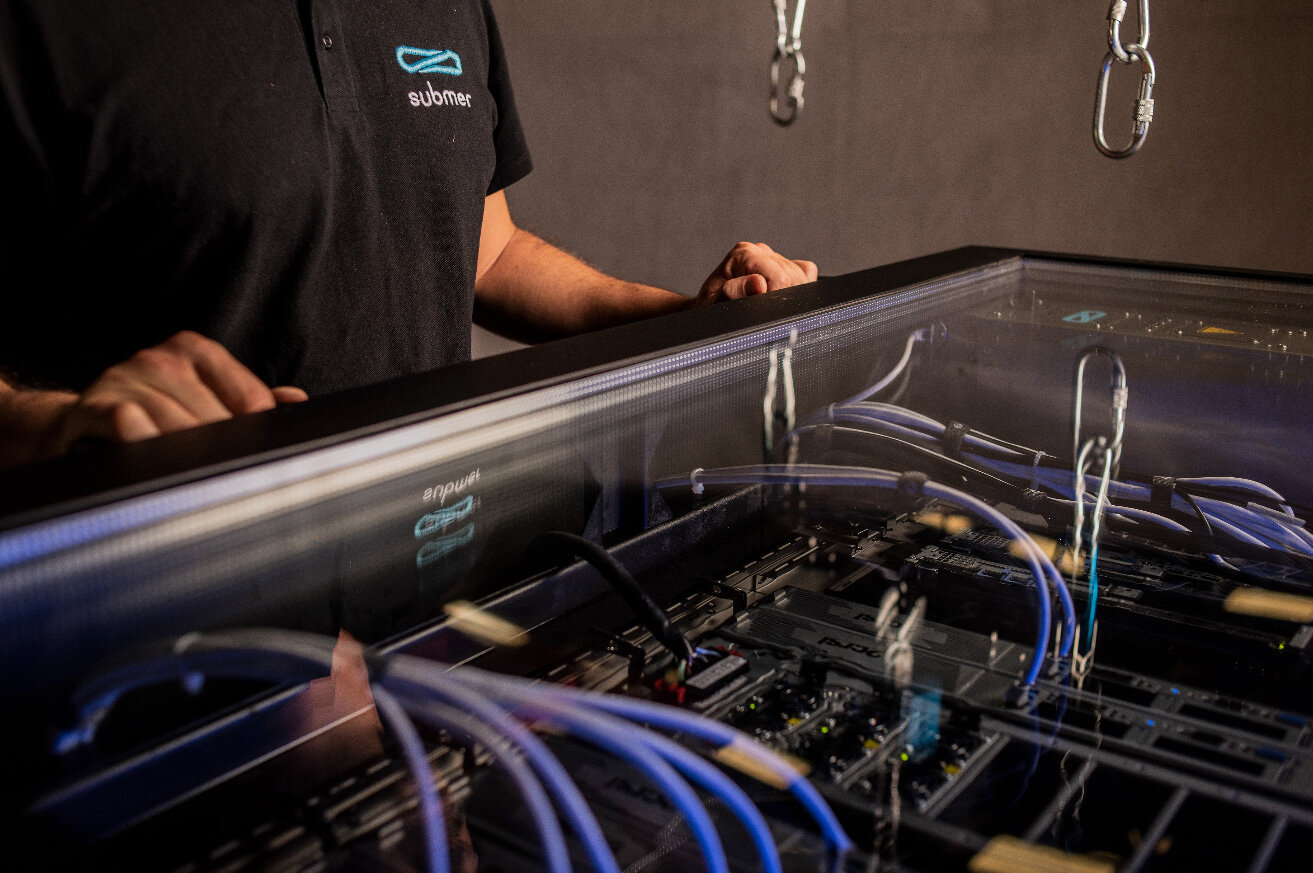 Of the millions of hours we spent at home over the past two years, a substantial number of them were devoted to streaming and gaming. The sheer volume of data that has been uploaded and downloaded over this period has suggested that people’s time has been – and will continue to be – devoted to pastimes that require speedy delivery of vast quantities of data. Given its cost, space requirements and environmental footprint, the current data storage solution is not a sustainable one.

1. Habits are changing
While COVID-19 has forced us to change our habits, it is gaming that has witnessed a significant boom. This shift has had a direct and global impact on media consumption. But while the increase is universal, it remains subjective, as a recent study of age groups has detailed the slight differences in media consumption.

2. Data use during lockdowns has exploded
According to a PwC report, the COVID-19 pandemic helped promote an increase in overall data usage, with millions relying on their devices as a speedy and efficient means of accessing the internet. The same report says the pandemic has driven general internet demand even higher – boosting global data consumption as a result.

Indeed, some ISPs were reportedly “carrying up to 60% more data on their networks than they did before the crisis”, according to PwC’s reporting, the Global Entertainment and Media Outlook 2021-2025. Among its many findings was the key statistic showing that global data consumption grew more than 30% during 2020 compared to 2019. Comparably rapid growth has been experienced throughout 2021 as well.

A key finding was in the field of gaming, which looks to have been the fastest-growing data consumer with, again, the pandemic seeing a rapid increase in mobile gaming.

3. Gaming is bigger than we thought
There were almost two billion video gamers across the world in 2015. This is a figure that is expected to rise to over three billion gamers by 2023.

The Everyone’s Gaming Among Us report found that 23% of all Australian gamers started playing for the first time during the 2020 lockdown, contributing to a growth rate that has continued into 2021, bringing about a 29% growth in unique users, on top of an overall growth in usage of 41% carried into 2021.

Overseas, it’s been established that most British adults played video games during the pandemic when that country’s lockdown gave people more time at home and fewer other options to spend their spare time. Research by UK Communications regulator Ofcom found that 62% of UK adults played some form of video game in 2020. It said this represented an increase from previous years; although younger people are still substantially more likely to play games, there was an uptick across all age groups driven by casual gaming on mobile phones.

The finding coincides with recent figures from the UK games industry which suggested Britons spend £7billion on gaming in 2020. Despite the comparative lack of mainstream media attention given to gaming, the industry is considerably more valuable than other parts of British media, including the recording industry.

According to Nielsen company SuperData’s 2020 year in review, 55% of people picked up video games during the first phase of lockdowns. SuperData reports that while the reasons for this included general boredom, establishing routines and continuation of establishing habits and hobbies, 27% of people – just over one in four – used the communal nature of online gameplay as a way to stay in touch with each other.

Gen Z and Millennials spent more time on gaming as the gaming medium presented the most convenient way to both communicate and spend time during the initial phase of ‘stay at home’ orders, lockdowns, and social distancing.

4. Data consumption’s upward trend is global
A 2016 report showed how the world’s data centres on their own consumed 416.2 terawatt hours – significantly more than the 300 terawatt hours consumed by the UK in its entirety. Data centres account for 3% of the global electricity supply and about 2% of total greenhouse gas emissions, fuelled in no small amount by the ever-growing popularity of gaming. These data centres have the same carbon footprint as the (pre-coronavirus) aviation industry, and yet the aviation industry gets a disproportionate share of coverage concerning its carbon footprint and emissions output.

Recent predictions suggest the energy consumed by data centres by 2025 is estimated to be 3.2% of total worldwide carbon emissions, further postulating that they could eventually consume upwards of a fifth of global electricity by that time. Digital data storage is set to create 14% of the world’s emissions by 2040, a figure roughly the same proportion as what the US produces today.

Specific uses within data centres can even raise eyebrows. The Harvard Business Reviewreported earlier this year that, according to the Cambridge Center for Alternative Finance (CCAF), Bitcoin currently consumes around 110 Terawatt Hours per year — 0.55% of global electricity production, or roughly equivalent to the annual energy draw of small countries like Malaysia or Sweden.

It’s important to know that data consumption itself is not going to reduce at any point soon. But how we consume power to process this data can change, and needs to change.

5. An Australian solution is at hand
With data centres providing a vital role in business and government infrastructure, their role will not be reduced. Demand, spurred on by increased use by gamers and the like, brings with it the expectation that there will be strong, reliable service, and that data sovereignty needs to be maintained.

As an industry, data centres can reduce their overall footprint without losing any of its function and productivity. Such a solution is now available.

The technology exists to provide a data centre solution that has the highest density, graphic processing combined with the lowest latency.

This high density, low latency, colocation, bare metal and hybrid cloud services offering is coupled with a dark-fibre connection to any enterprise within the CBD and the network of data centres across Sydney.

Immersion cooling allows for very high density GPU processing with up to 100Kw per rack; which makes for the best facility for 4k content streaming, game rendering, simulation and live events.

The technology is here, as is the capability that delivers it. Given that demand is not reducing any time soon, embracing a format that will complement such an exponential increase makes good business sense.

Bass Salah, is the co-founder and Managing Director of ResetData. ResetData is doing innovative work in the data space, having developed data solutions that are not only environmentally conscious but also high-speed, reliable and cost-efficient.